Red wine. That’s how it starts. For the last 5 months I have been more than happy to turn my back on vin rouge. I happily courted white wine from May – Sept and then suddenly, as if someone had flicked the switch on the house thermometer, I could not bear to look at her any longer. My affection had turned to the dark side. All of a sudden I wanted comfort, fluffy socks. new throws for the sofa, candles that had a suggestion of winter but didn’t get me high on cinnamon. Without the shadow of a doubt I had entered Autumn.

This year it has crept up and taken me by surprise. I like to feel prepared for most situations. The usually manifests itself in over thinking things to the nth degree, worrying about stuff that will never happen but a slight comfort that I know what to do in a zombie apocalypse situation in summer or winter. Both require slightly different skill sets.

Summer this year was unique. It was hot, long and on for the most part fun. The first half of 2018 had been a shocker. Every fibre and sense of humour muscle tested to the max. However, when July opened her glorious arms with day after day of sunshine she somehow made everything better.  The onset of the school summer holiday last year bought anxiety and edginess – how would we juggle work with life? How could we be present in both worlds? How the eff do we parent? That’s what school/nursery is for right? They’re the professionals.

This year everything felt different. We were organised – play-camp , play dates, meetings, Skype calls, deadlines; the curveballs that came along were handled in a much more relaxed manner than before. Nothing was less important than what it had been a year ago, but the way in which I handled it had changed. One of my best friends had said that this summer had felt like it did when she had been a kid. It reminded me of Katie aged 7. I bloody loved being out on my bike. Even when it was just up and down the drive. I felt so grown up when Mum gave me 20p to go to the shop to get a pint of milk. I loved being in my nightie and out in the garden as Mum and Dad ‘watered up’. I loved sneaking another ten minutes at bedtime looking out of my window and wondering why I was being asked to go to sleep when it was obviously the middle of the day. I loved watching my Mum trying to catch the last few rays of sunshine in the back garden, sprawled out on the fold away bed exhausted after a day looking after us lot. I loved my memories of family.

So, I decided to go ahead and book a holiday. Last year’s holiday abroad was a disaster. I had no guarantee this year’s was going to be any different but I went ahead and booked it anyway. It was the best thing I could have done. Every day was filled with laughter, water, fun and ‘save this to the memory bank’ moments. Earnest requests for ‘come and play’ were greeted with a ‘hell yeah’ rather than ‘just a min’. Situations where I would have wigged out (everyone gives their kid a mobile/tablet at dinner time and screw the data) were just accepted rather than fought against, and many late nights were spent on the veranda actually talking with my husband about everything from sorting the world out to ‘why did blancmange go out of fashion?’ The sum of all parts made a summer that I don’t want to let go of just yet. A time where S will remember her Mum and Dad going down the waterside and having cricked their necks then laughing all the way to the bar. A time when I never wanted them to go to bed for fear of them waking up older. A time when I never wanted the days to end.

So, for now I’ll put the heating on but wear a summer dress and be grateful that 2018 saw a summer of love and maybe signalled a new direction for the coming months. 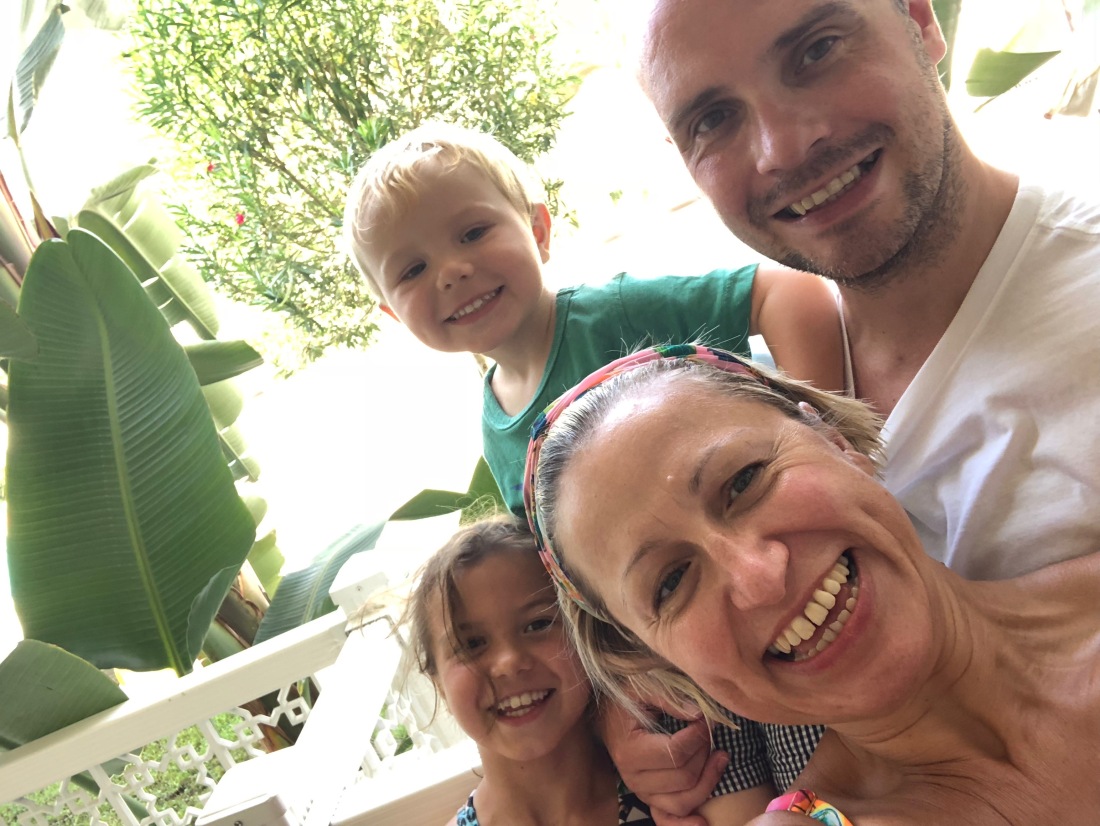 An optimist. View all posts by Katie T

One thought on “Summer of love”